Ever had a guy bring up marriage in the early stages of dating?  Believe it or not it happens.  I call these men “wedding planners.”  It’s a funny notion, since we’re raised to believe that men can’t commit.  Personal experience would tell me the same for the most part, but then there are the “wedding planners”, guys who bring up marriage early on in a relationship.  At first it may seem like a breath of fresh air, a guy who isn’t afraid of putting his feelings out there, he’s honest, and real.  Then you’re forced to face the reality of, “if it seems to good to be true, it probably is.”

Jenny had ended a relationship, and was in the stage of singledom where she felt as though she was done.  She no longer saw herself getting married, and she was okay with it.  She couldn’t even see herself being in a serious relationship.  She was happy being single, and spending time traveling and being with her girls.  One night a few guy friends of hers asked her to come out with them.  Jenny typically didn’t go out unless one of her girl friends was by her side, but she was in a confident place in her life where she thought why not?  She got ready and headed to the hotel where she would be meeting up with her guy friends.

When she got there the hotel room was full of women, not that it surprised her knowing her guy friends well.  There was only one guy in the room, leaning up against a wall.  He seemed afraid to talk to anybody, which seemed odd because he was very attractive.  Jenny sat there talking to one of the girls, and noticed that he didn’t hold a conversation long with anyone.  Girls would attempt to talk to him, but his responses were always short.  He didn’t seem to have an interest in anyone.  When the girl sitting next to her got up to use the restroom, the attractive guy came and sat beside her.  It was awkward, because he didn’t say anything.  He just sat next to her sipping on his drink.  Finally Jenny had to say something.  She hadn’t wanted to give him the satisfaction of letting him think she was into him, but the awkward silence was killing her.  She broke the silence by introducing herself, and they were having a nice conversation when her guy friends announced it was time to head to the club.

When Jenny left that hotel room she thought it would be the last time she would talk to Jim.  When they got to the club everyone was dancing and having a good time, but Jim just stood there drinking his drink.  From time to time Jenny caught him glancing at her, but told herself to think nothing of it.  After an hour had gone by Jim finally walked up to her and asked her if she wanted to join him outside.  They walked out onto the balcony, and began to have what ended up being a great conversation.  Jim started out by talking about how he wasn’t in town to meet anyone.  He was a former marine here visiting Jenny’s friend who had fought alongside him.  He was only in town for a couple of days, and not looking to start anything with anyone.  He said that he wasn’t talking to girls who approached him, because he didn’t want to lead them on.  When Jenny heard all of this she thought for sure he was letting her know that this wasn’t going to go anywhere.  He lived in Texas, so Jenny had no expectations.  She was simply having a conversation with a cute guy.

He never let her out of his site for the rest of the night, holding her hand and leading her wherever they went.  Throughout the rest of his days in L.A. Jim tried to spend time with Jenny.  She wasn’t interested since she knew he was going back home, and wasn’t looking to start anything.  After turning him down over the weekend, she finally said yes to having lunch.  When Jim left to Texas he promised to keep in touch with her, and wanted to get to know her better.  Jenny shrugged this off, knowing that men will say just about anything.  But Jim kept his word and over several weeks they would communicate day and night.  He was charming, but Jenny found it odd that he was so serious about her after hanging out only a couple of times.  He mentioned over and over how she was a girl he’d want to marry, that he had a big house and wanted her there with him.  He spoke about missing her so much, but Jenny wondered how someone could miss someone they barely knew.

Jim couldn’t understand why Jenny was so hesitant to believe his feelings were true.  He messaged her best friends who he had met during his trip to California.  He told them he wanted to be with her, and asked them how he could get through to her.  Finally Jenny agreed to visit him in Texas.  He bought her a flight, and planned the whole trip.  Jenny couldn’t help, but to start to get excited.  Could this guy be for real?  If he was doing all of this he must really like her?  After all who would put all this time, effort, and money into someone they didn’t care about?

The time came and she had a wonderful time in Texas.  They did a lot of domestic things together, cooking together, watching movies, staying up late.  She actually started to see the life she could have if they worked out.  Things were great, but then towards the end of the trip Jenny got a feeling that this would be the last she would see of Jim.  He began to talk about how much he hated Los Angeles, and Jenny didn’t plan on moving out of the state.  How could it work?  Still she enjoyed the rest of the trip, and when he took her to the airport he told her to call him when she landed.  They kissed and said good bye.

When Jenny got home she gave Jim a call, but there was no answer.  She texted him the next day, and there was no reply.  Then she was deleted from his Facebook page.  He finally reached out to her and told her that he was just, “cleaning up his Facebook page.”  Two days later he was engaged.  Jenny’s mutual friend broke the news to her.  How he was engaged two weeks after spending time with her, Jenny didn’t understand.  Jim got married, and divorced in less than two years.  Jenny never heard from him again, and was better for it.

The lesson here is not that there are no good men in the world.  It’s not that men can’t commit, or that you should be worried if someone wants to be serious early on in the relationship.  The lesson is that marriage is a big deal, and anyone who is willing to enter into it after a couple of dates isn’t in the right mindset.  Getting to know someone takes time.  Even if someone is in love with you after knowing you for two days, they don’t really love all of you.  It takes more than two days to know someone, to know their personality, their interests, their goals.  You might be in love with certain aspects of a person, but not the person as a whole, and that’s what you need in order to enter into marriage.  If someone starts to talk to you about marriage that early on, ask yourself what their motives are.  Find out more about their relationship history, and you’ll have a better idea of if it’s going to last or not. 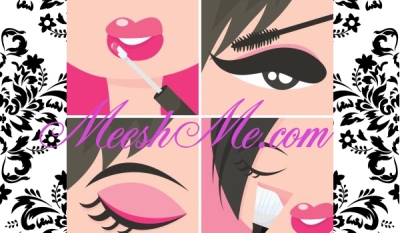